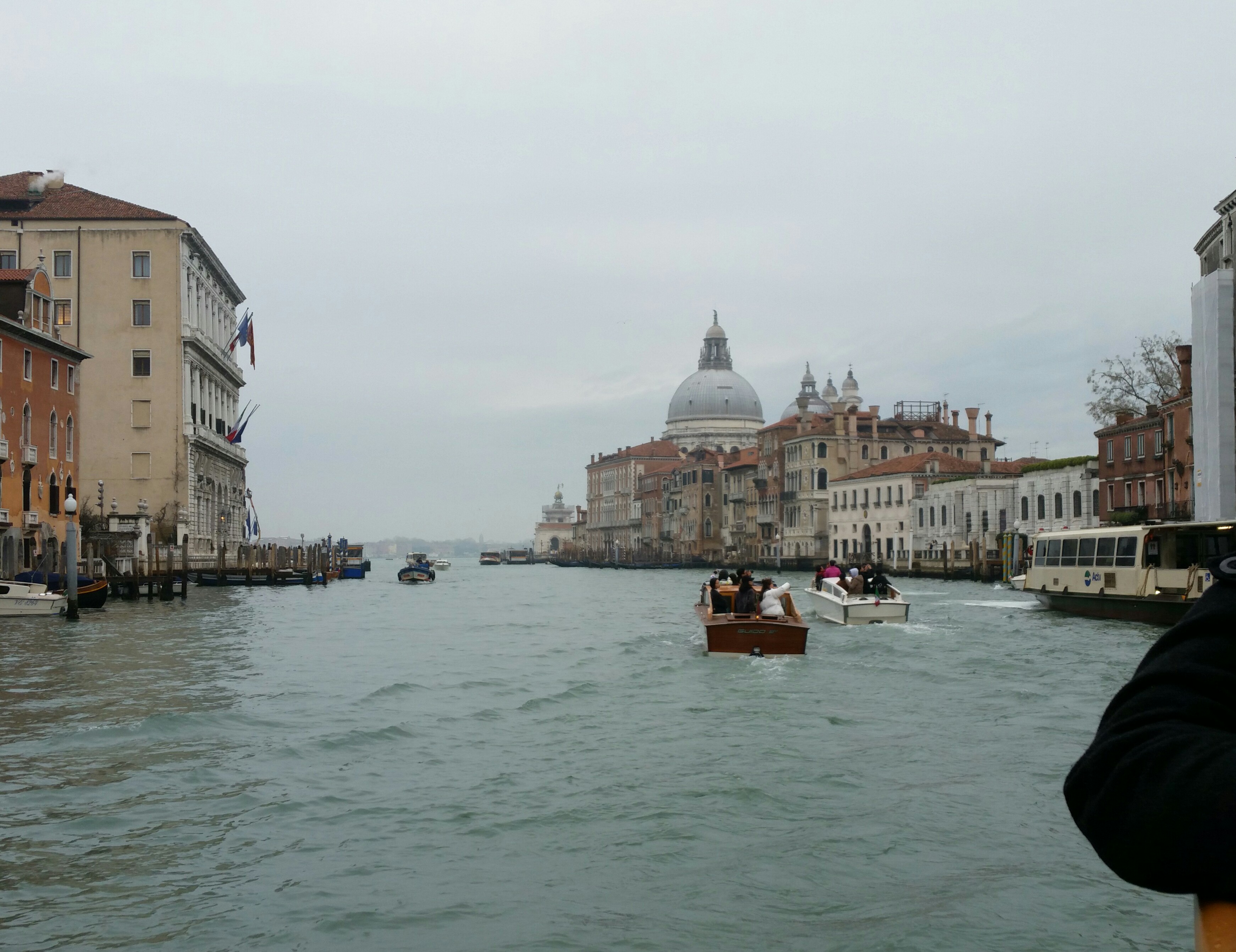 Still not feeling very well, but we planned one last visit to a Basilica, specifically the Santa Maria della Salute!  Good news – this Basilica is Free and you can take photos as long as you do not use a flash!  Wonderful, Im giving them a 10 out of 10!  I would like to know more about who decides the charges as well as whether photos can be taken in Italy. Hmmmm….

More about Santa Maria della Salute… in English “Saint Mary of Health, commonly known simply as the Salute, I think I needed to visit to hopefully gain some good health!

Here is the “backstory” from Wikipedia …. Beginning in the summer of 1630, a wave of the plague assaulted Venice, and until 1631 killed nearly a third of the population. In the city, 46,000 people died whilst in the lagoons the number was far higher, some 94,000.[1] Repeated displays of the sacrament, as well as prayers and processions to churches dedicated to San Rocco and San Lorenzo Giustiniani had failed to stem the epidemic. Echoing the architectural response to a prior assault of the plague (1575–76), when Palladio was asked to design the Redentore church, the Venetian Senate on October 22, 1630, decreed that a new church would be built.[1] It was not to be dedicated to a mere “plague” or patron saint, but to the Virgin Mary, who for many reasons was thought to be a protector of the Republic.[2]

It was also decided that the Senate would visit the church each year. On November 21 the Feast of the Presentation of the Virgin, known as the Festa della Madonna della Salute, the city’s officials parade from San Marco to the Salute for a service in gratitude for deliverance from the plague is celebrated. This involved crossing the Grand Canal on a specially constructed pontoon bridge and is still a major event in Venice.

As usual here are a few of my photos from this, last trip in Venice!!

A few more excellent photos from the internet:

This site uses Akismet to reduce spam. Learn how your comment data is processed.