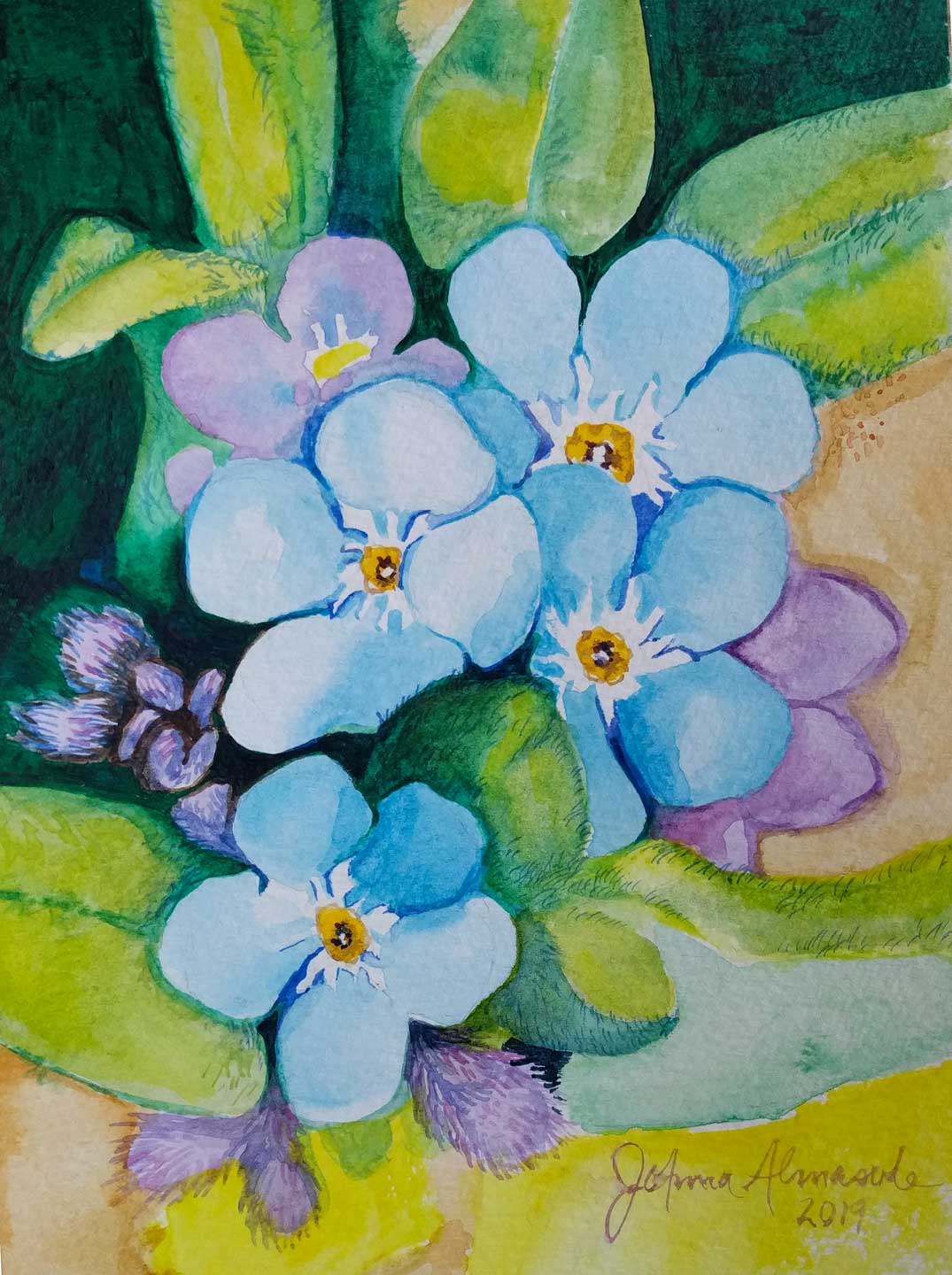 Today I painted a Powder Blue Primrose that I saw bloombing in Rayleigh, UK. Trying to work on practicing watercolor. So many of my students paint in watercolor – so I think it is good practice to keep up with my skills. Plus…. I can’t carry around my favored painting medium, large scale oil painting supplies! 🙂 As with all my latest works, prints are available. To check out this image, click here: https://www.redbubble.com/people/joannaalmasude/works/38104985-powder-blue-primrose-flowers-watercolor-from-england-uk?asc=u&p=framed-print

Ta-da a Flowering Currant Bush. And I want to credit and thank my art teacher from elementary school, Karen Larrabee for finding the name of this flower for me. So, yes, I have given in … and painted more flowers. There are a number of factors playing into this extremely unusual activity of painting in watercolor … and painting … flowers.

First there is the fact that I am traveling abroad. I can’t take along my large canvases, oil paints and brushes etc. etc.. Ahhh to be at home in my studio, painting. I started a large painting in the fall that needs my attention. I hope I will have lots of time for that when I get back to Port St. Lucie in May.

Besides the limitations of traveling for 4 months, I have literally been bombarded with flowers. Certainly, that is no excuse to deviate from my normal themes. However, walking around England I am continuously drawn to the flowers. Maybe it the season (winter to spring), maybe it’s just my mood. But I think I will do a series of flowers while in Europe…. then that will be the end of it.

Finally, I have been working on getting more prints available for sale. People occasionally purchase prints of my work. And, I get a lot of requests of prints…. so my New Year’s resolution for 2019 is to be more diligent and get more of my artwork available to the public. So for anyone interested in purchasing a framed print of my Brexit Flower, follow this link!
https://www.redbubble.com/people/joannaalmasude/works/38065236-brexit-flower-watercolor-painting-of-a-flowering-currant-bush?asc=u&p=framed-print

Typically, I do not paint flowers…. but I have been drawn to them here in Europe. Taken a lot of photos of flowers. Here is a quick little watercolor sketch I did yesterday of Grape Hyacinth.

Yes, I also have framed prints of this watercolor available to purchase! Just follow this link if you are interested:
https://www.redbubble.com/people/joannaalmasude/works/38064335-watercolor-grape-hyacinth-flower-march-23-2019-england?asc=u&p=framed-print 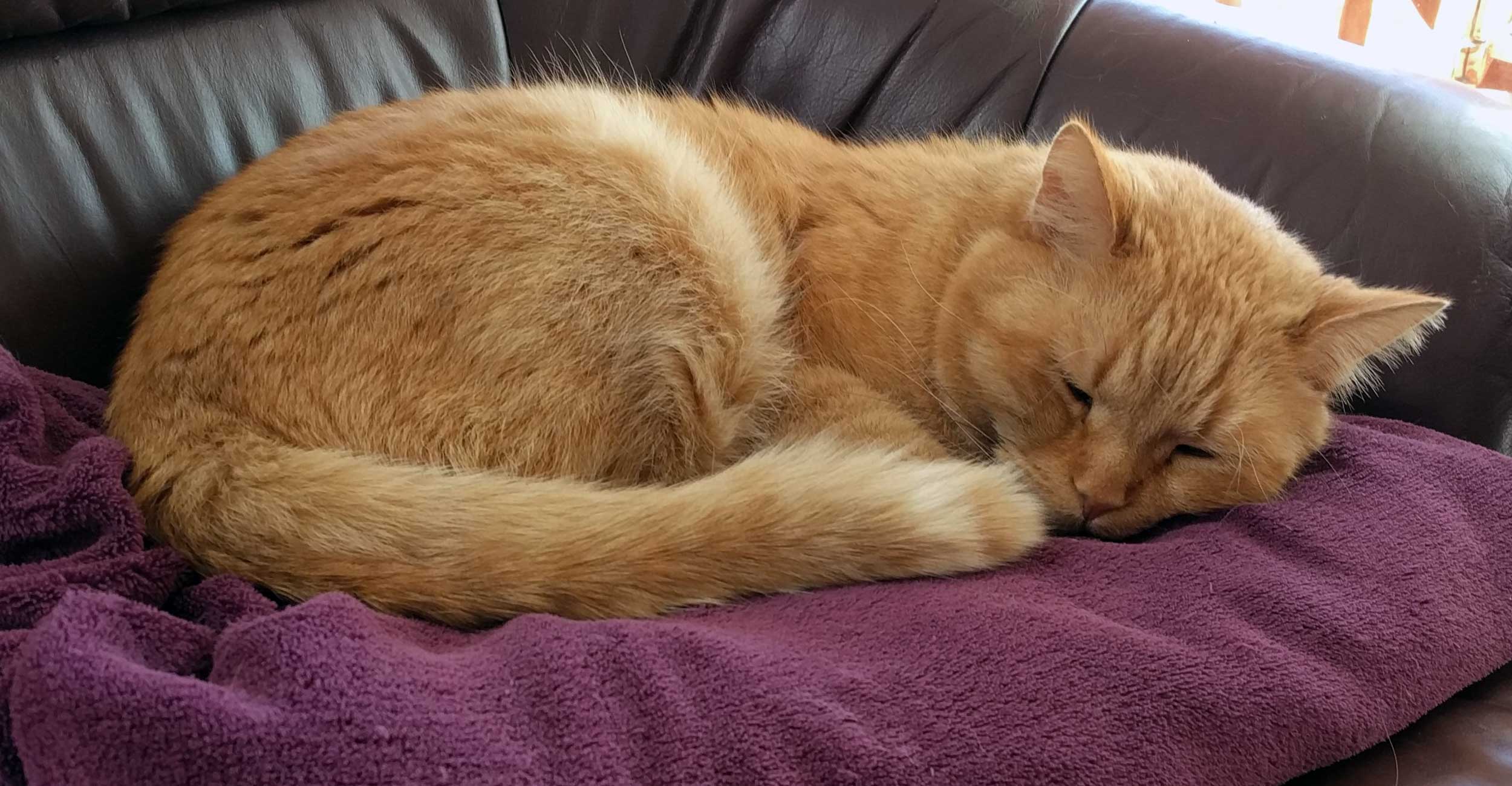 La Nucia is a little suburb of Benidorm, Spain…. it’s mostly in the mountain area looking down on Benidorm which is by the sea. I have never stayed on a mountain as high as this one… a very interesting experience.

We are staying here in a condo high up on the mountain with 2 lovely cats… which have their own album which can be viewed here. It’s a three week adventure spanning from the end of January to February 20th. 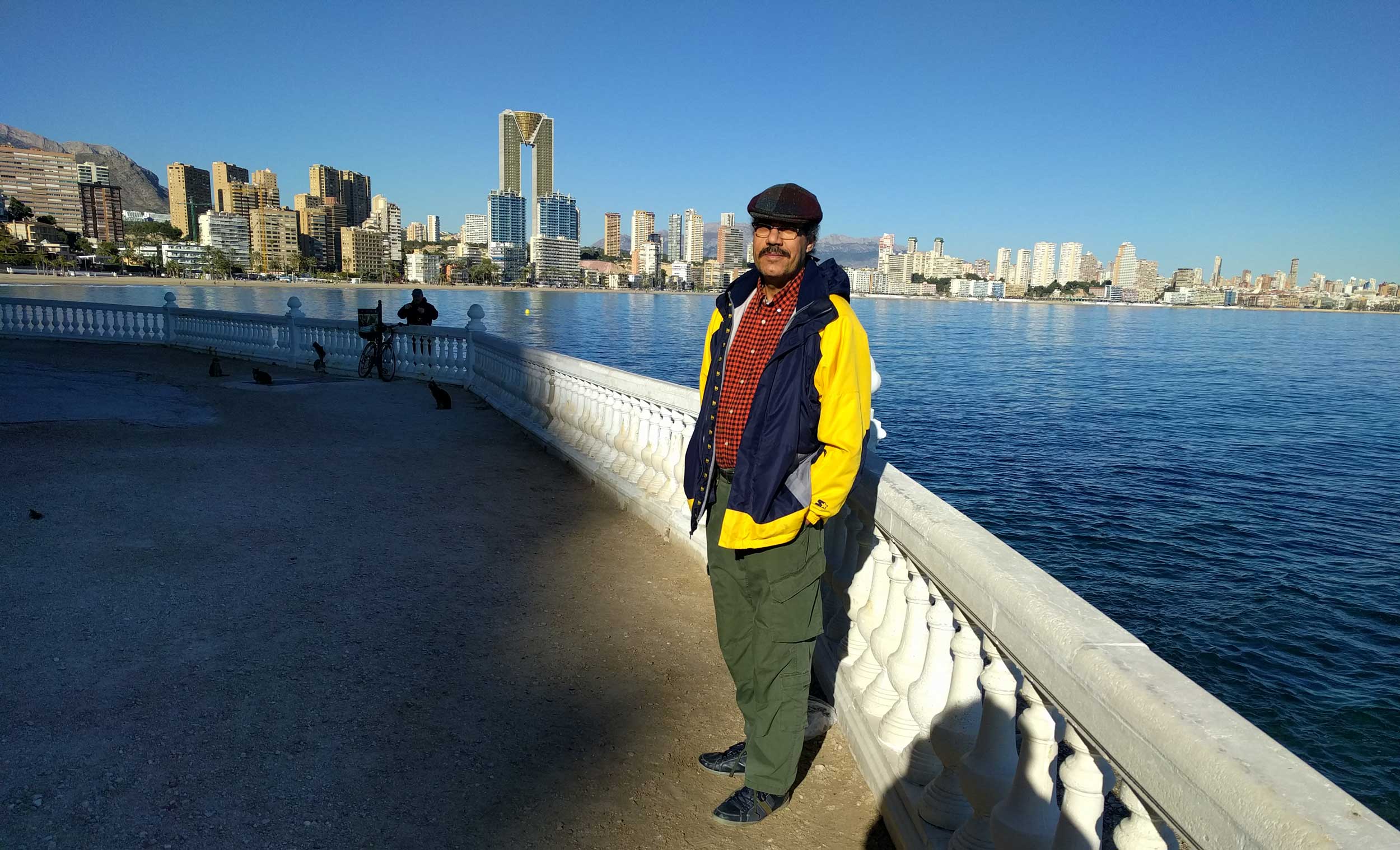 For anyone interested in finding a reasonably priced Spanish beach vacation spot, check out Benidorm. Coming from the United States, I had never heard of it. It sits between Valencia and Alicante on the eastern coast of Spain. We are here in February 2019 for around a month. The weather is pretty nice (50s at night and 60s up to 70s during the day), very similar to Florida in February!

This photo I took on February 10th. It is a typical view of the large and well developed boulevard on the Ocean. The afternoon sun is amazing – creating dramatic contrasts and light and shadows,

Amar and I are walking many miles on the shores of Benidorm and I’m taking hundreds of photos. But no artwork yet. Maybe someday when I am traveling less, I will have time to produce more artwork! 🙂

The Prices are great in Benidorm, food, clothing, shoes pretty much everything is cheaper than the USA. Wine is especially good price, and for good wine! Below are a few selected photos from out stay in La Nucia and walks in Benidorm. 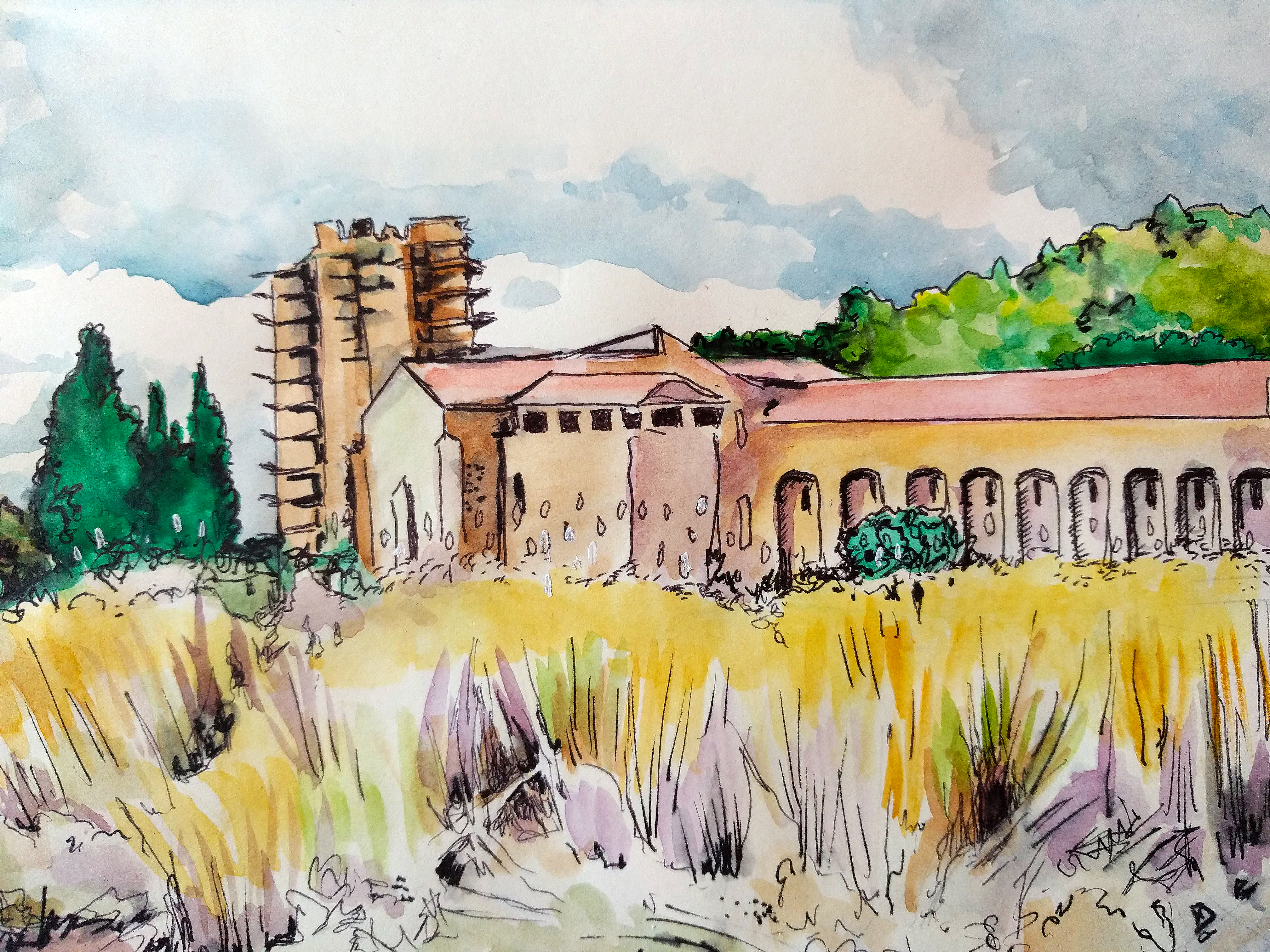 Today I did a quick sketch of the Lagrasse Abbey. It’s wintertime and very cold. The colors are very muted – but I thought the dried tall grass (a nice yellow ocher) was the most interesting part of the image. I do have a hard time staying interested in images that lack people or animals, but this was very quick sketch. This Abbey is currently being renovated – thus the scaffolding around the tower. It was a good exercise to get back into the groove of creating on this long trip abroad.

A hidden treasure; a remote village in the south of France. We found this beautiful ancient village of Lagrasse through our friend Poppie!

We are visiting here in January of 2019. It is difficult to capture this amazing stone village in photography. Hoping to do some sketching while I’m here.

The final photograph in this gallery is a view from the window of our flat, across the river and toward the Lagrasse Abbaye … which was built in the 7th century. 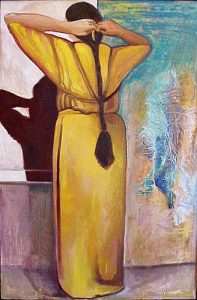 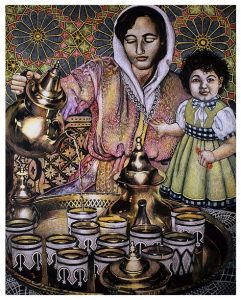